Last week I met up with my sister in London to go to the 02 arena and see The Script for their 2015 arena tour!  This was the third time I’d seen them; my sister really wanted to go for her birthday and I’ve only seen them perform at smaller concerts before so I was excited for show that comes with performing in an arena.
It was so lovely to spend some quality time with my sister; now that I’m at University I only really see her in term holidays and whilst we text and Skype a lot, there’s nothing like spending some proper time together. 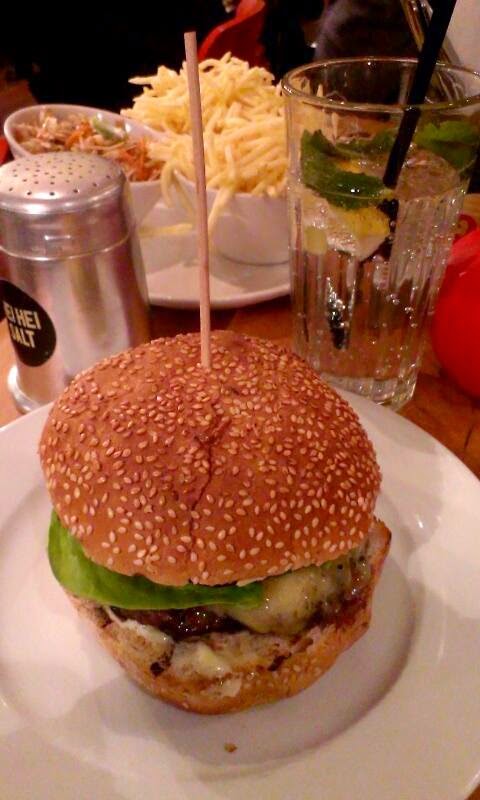 We arrived at the 02 quite early so we didn’t have to rush getting the tube and it meant we could enjoy a lovely dinner together.  Those of you that have been to the 02 will know that there’s a HUGE choice of places to eat, but we settled with Gourmet Burger Kitchen because I only went there for the first time a few weeks ago and was keen to introduce my sister to the delicious burgers!
We enjoyed a super tasty meal; I went for a Classic Cheeseburger with Skinny Fries and GBK Homeslaw with an Elderflower Fizz to accompany it.  The burger was absolutely delicious and the skinny fries are adorable, they’re like shredded chips!  I wasn’t a massive fan of the Homeslaw; I was expected a refreshing and creamy coleslaw but it was actually quite spicy, and as a girl that is not a fan of spicy food, I wasn’t particularly keen on it.  The Elderflower Fizz was so tasty; my friend recommended it when I last went to GBK and with the mint on top was also very refreshing.
Following our meal we went to queue up to get in and find our seats.  We were sitting in Block 106 (I refuse to go to the high blocks after a traumatic vertigo related incident up there in 2011!) which was right at the back, but we still had a good view and the big screens were in use.  The first support act was a singer and songwriter from Phoenix, Colton Avery.  I have to admit that I usually can’t be bothered with support acts unless they’re someone I know and like, but man did this boy change that!  He had an incredible voice and I found myself being really touched by his songs and wanting to look them up when I went home.  I would definitely recommend checking him out, he’s extremely talented. 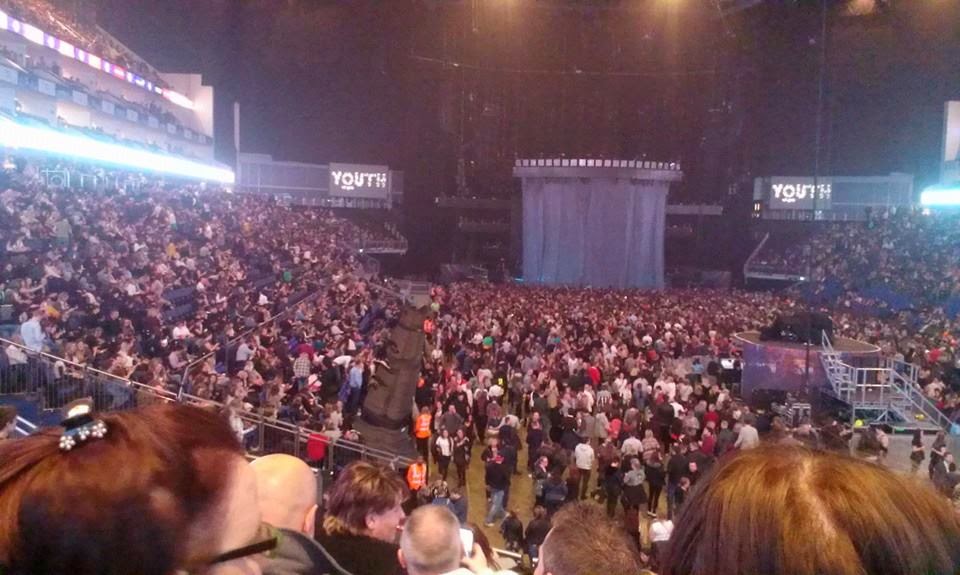 Next up was TinieTempah!  My sister somehow seems to know the rap lyrics to every single one of his songs which I found slightly disconcerting, but he put on a great show!  I had a great time singing along to the choruses of ‘Pass Out’ and ‘Written in the Stars’.  He was so full of energy and filled the arena with his party spirit, getting the night off to a super start, meaning I was already pretty satisfied with the show before The Script had even made an appearance!
For those of you who aren’t fans of The Script, they are an Irish band consisting of lead vocalist and pianist Danny O’Donoghue (also known for being a judge on The Voice!), vocalist and guitarist Mark Sheehan and drummer Glen Power.  The band entered the arena from the back, in a tunnel of green lights to their song ‘Paint the Town Green’ which is from their newest album ‘No Sound Without Silence’.  The boys put on an absolutely fantastic show.  It was the perfect balance of classics such as ‘The Man that can’t be Moved’, well known singles such as ‘Superheroes’ and less well known tracks that we all thoroughly enjoyed.  The show itself was also great, with lasers, lighting, big screens and confetti all being used to make it a truly unforgettable experience. 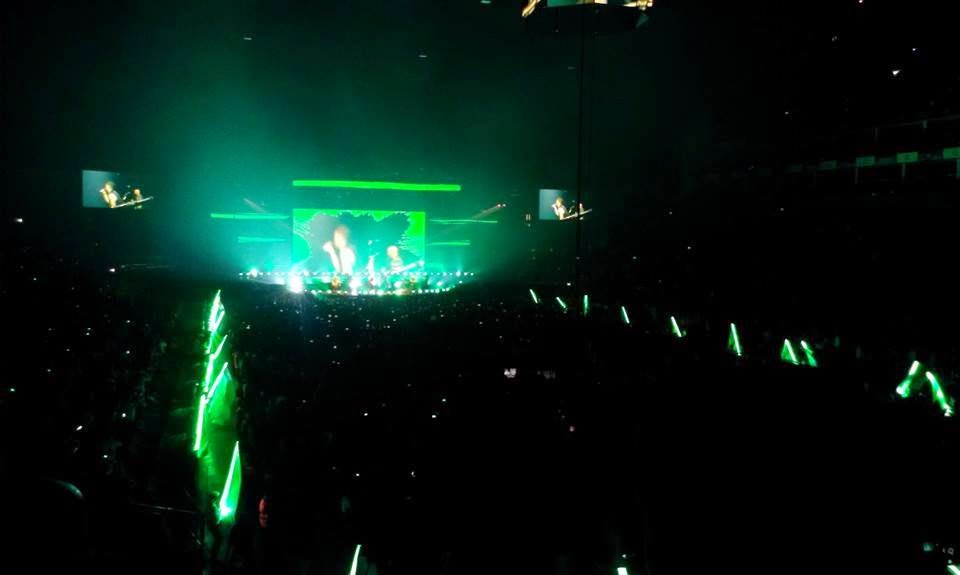 One highlight was lead singer Danny singing to an audience member’s ex boyfriend down the phone during the song ‘Nothing’ – something I have seen them do before and found it equally as entertaining this time round.  Having been through a break up recently myself, the songs and emotion I felt during the concert really lifted my spirits.
I didn’t take many pictures because I was just enjoying the show, and the ones I did take are horrendous quality, but just wanted to give you a feel of what it was like!  I think The Script did a fabulous job, and their team did a wonderful job of making it a truly enjoyable show.  I would definitely recommend checking out Colton Avery, Tinie Tempah and The Script if you are not already familiar with their work!  (Just click on their name and it will take you to their website).
What kind of music do you like; have any of you been to see The Script?
Keep Sparkling x

Welcome to my blog! My name is Stephanie, I’m 23 and I like to write about beauty, lifestyle and mental health.